Surf tricks, aerials, and more have become a much more common sight in the surf world today. This blog will hopefully explain some of these tricks and help double your surfing IQ. Next time you’re watching a surf competition. And John John Florence rips an air reverse you’ll be able to recognize it and all your friends will think you’re awesome!

Alright so let’s break it down …

The bottom turn is the most crucial and probably most common maneuver in surfing. So, This is where it all begins. The turn is usually the initial turn after dropping in on a wave. It allows the surfer to propel themselves channeling their speed and force towards the face of the wave.

Similarly, the cutback is another significant maneuver in surfing. Carving allows you to slow down with a good purpose. The movement takes the surfer away from the shoulder into the pocket of the wave and then back into the energy zone.

The off-the-lip is simply a vertical top turn. This happens when the surfer charges a steep slope, projecting half of his or her board off the wave’s “lip”. After that, the surfer then drives it fiercely down towards the bottom of the wave without losing speed and momentum.

The foam climb allows the surfer to get past a broken lip, closed out section and whitewater, connecting two open face parts of the wave.

The floater is a classic surf trick that involves gliding horizontally over the wave’s lip. The surfer is using speed to go over the top of a crumbling area of the wave, and not around it.

The closeout re-entry is the last chance a surfer has to perform a power turn on a closeout section of the wave.

The tail-slide is a more modern maneuver that involves letting the tail of the surfboard slide down the wave face. The key is getting the fins free of the wave by shifting the body’s weight from the back foot to the front foot.

Noseriding is the ultimate. But some may also say “iconic”, longboard surfing move in which the surfer stands on the nose of the board while riding a wave. And Others refer to this move as “Hanging Five” and/or “Hanging Ten”.

The moment the surfer rides a wave in the opposite of his normal stance.

The 360 is a full rotation on the face of the wave. It can be performed either by reversing or carving. In both cases, the surfer spins down the wave.
Variations: Reverse 360

The kickflip is a maneuver inspired by skateboarding. In this, the surfer flips his surfboard 360 degrees along the axis that extends from the nose to the tail of the board.

In surfing, an air is an aerial maneuver in which the surfer gains speed, finds a ramp, launches off the lip, flies above the wave. And lands on the face of the wave or in the flats. There are a few variations of aerials which include the Air 360, Air Reverse, Backflip, 540, and a 720.

The alley-oop is a backward aerial rotation inspired by skateboarding.

At last, the superman is an aerial maneuver in which the surfer drives his surfboard. And down the line, goes up, kicks the board, projects it to the beach, grabs the rail, and reconnect before landing. 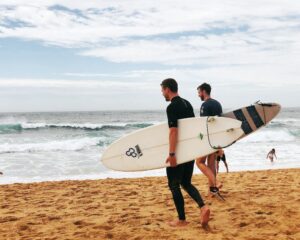 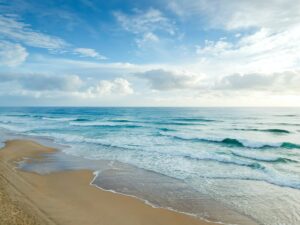 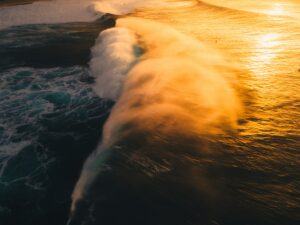